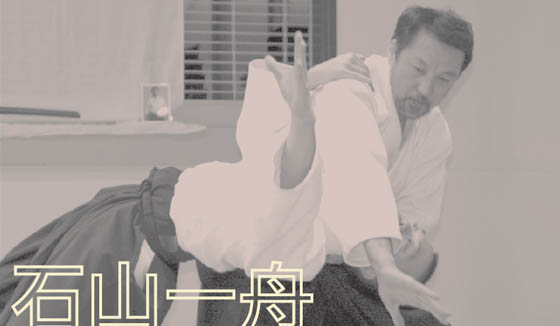 Ishu Ishiyama Shihan has been studying Aikido since 1968. He studied with the late Tanaka Shihan (one of O-Sensei's close pre-war disciples), who founded an Aikido dojo in 1936 which later became Osaka Aikikai Foundation. In North America, he trained closely with Kanai and Kawahara Senseis. He has studied with Yamada, Chiba, Tohei, Nakazono, and Saito Shihans, and received occasional instructions from the late Doshu Kisshomaru Ueshiba and the current Doshu Moriteru Ueshiba over the past 30 years.

Sensei has been teaching Aikido since 1973. In 1974, he was invited to teach Aikido by the then National Coach for Judo Canada (Nakamura Sensei) and founded Aikido Kensankai at his dojo, Shidokan Academy of Martial Arts, in Montreal. Sensei also began teaching Aikido at several dojos and colleges in and around Montreal. In 1979, Ishu Ishiyama Sensei was invited by the then chief instructor Gary Mols (a student of Yoshioka Sensei, Hawaii) to head the Victoria Aikikai (located in Victoria, B.C.) and its affiliated University of Victoria Aikido Club. Sensei has since conducted many seminars across Canada.

Sensei moved to Vancouver, British Columbia in 1986, and founded Vancouver West Aikikai (formerly known as Point Grey Aikikai). He later built a full-time Aikido dojo located in the Jericho Hill Centre building where he has been teaching Aikido taijutsu (body work) and weapons (Aiki-jo and Aiki-ken) regularly as the Chief Instructor and the Executive Director (dojo-cho). He and his senior students offer three Aikido programs for children, adult beginners and regular adult classes.

Ishiyama Sensei was awarded the designation of Shihan on July 10th, 2012 from Hombu, the center for International Aikido in Tokyo, Japan. The title of Shihan roughly translates to “Master Teacher”. Ishiyama Shihan is a member of the CAF (Canadian Aikido Federation) Examination Committee. 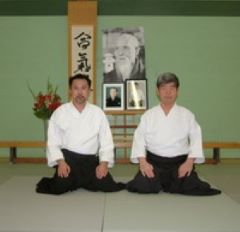 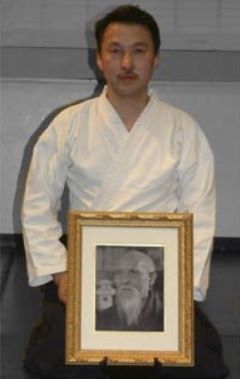 Ishiyama Sensei with a photo of Morihei Ueshiba 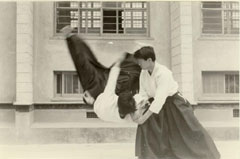 Doshu Kisshomaru Ueshiba at his home, 1987 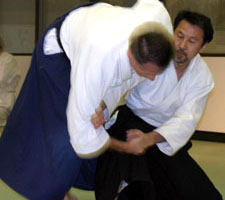 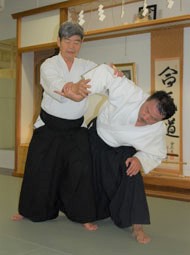 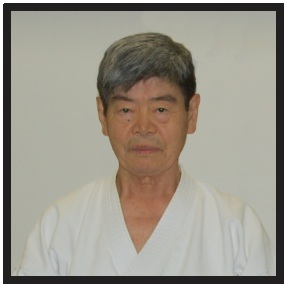 For many years, Kawahara Shihan was the Technical Director of the Canadian Aikido Federation and the British Columbia Aikido Federation, as well as a member of the North American Technical Committee. He had been designated by the Hombu Dojo in Japan as their official representative to Canada. Kawahara Shihan was also the Honourary Dojo-Cho of Vancouver West Aikikai. The members of Vancouver West Aikikai are immensely saddened he is no longer among us and they will long cherish his memory .

Kawahara Shihan was born in Nagasaki Prefecture, Japan, in 1940. He began Aikido at age 17 as a student of Bansen Tanaka Shihan in Osaka and became uchideshi. Kawahara Shihan was Assistant Instructor at Osaka Aikikai from 1960 to 1972.

Kawahara Sensei was dispatched by Tanaka Shihan to Taiwan as a resident Shihan at Taiwan Aikikai from 1972 to 1973. From 1973 to 1975 he was Deputy Shihan at Osaka Aikikai under Tanaka Shihan’s leadership, and also taught for various university Aikido clubs in the Kansai area of Japan. From 1975 to 1976 Kawahara Sensei became Shihan at Okayama Aikikai.

Kawahara Shihan came to Canada in 1975 (5th dan at that time), at the invitation of Ishiyama Sensei. Kawahara Shihan’s first two years in Canada were spent in Montreal, and then he re-located to the West Coast in 1977. As a Hombu-dispatched instructor, Kawahara Shihan taught extensively through North America, Japan and Europe. He worked with other Japanese Shihans such as Yamada, the late Chiba, the late Kanai, and the late Tohei Senseis. He taught summer camps in BC and Atlantic Canada and gave highly popular seminars throughout Canada and the world.

Kawahara Shihan passed away peacefully in Victoria on June 2, 2011, after many years of battling cancer. He was held in great respect and affection by all who knew him. He dedicated his entire life to Aikido, improving our lives through his teaching and by example. He will be sorely missed by all of us in the Aikido community.

Sensei's ashes were dispersed at a ceremony in T'souke.

Some archival videos of Kawahara Sensei may be found on the CAF YouTube channel, as well as in our video gallery . 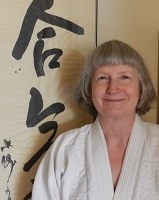 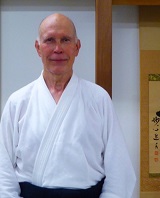 Bruce Riddick, 5th dan, is an instructor for the Regular Adults Program at VWA. Bruce started learning Aikido in Victoria in 1985. His primary instructors have been Kawahara Shihan, Ishiyama Sensei, Paris Sensei, and Macphail Sensei. He attends many of the training seminars in B.C., and he has trained at Hombu dojo during several trips to Japan. 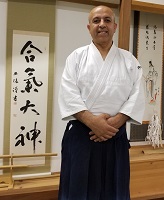 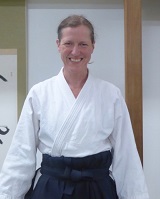 Sharon Bader, 4th dan, started her Aikido training in 1991. She uses her Aikido experience in her daily life to help her stay focused and relaxed while moving smoothly with strength and stability. 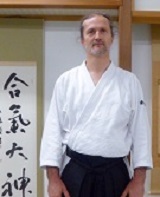 Valentine Kabanets, 4th dan, started practicing Aikido at VWA in 2005 under Ishiyama Shihan's guidance, obtaining his 1st dan in 2010, 2nd dan in 2013, 3rd dan in 2017, and 4th dan in 2022. Valentine's Aikido has also been influenced by other Aikido teachers, in particular, by Tada Shihan, Osawa Shihan, and Tissier Shihan. 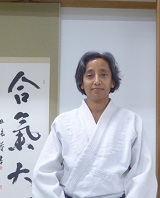 Nadine Seepaul, 2nd dan, started Aikido in Toronto at Aikido Shugyo Dojo. She continued at Granville Aikikai (currently English Bay Aikikai) upon her return to Vancouver. She later became a member of VWA to train under Ishiyama Shihan. 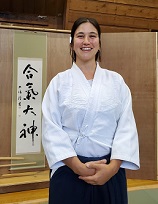 Megan Sekiya (she/her), 1st dan, has been practicing Aikido since 2015 when she joined Vancouver West Aikikai. She travels regularly to the US for training.